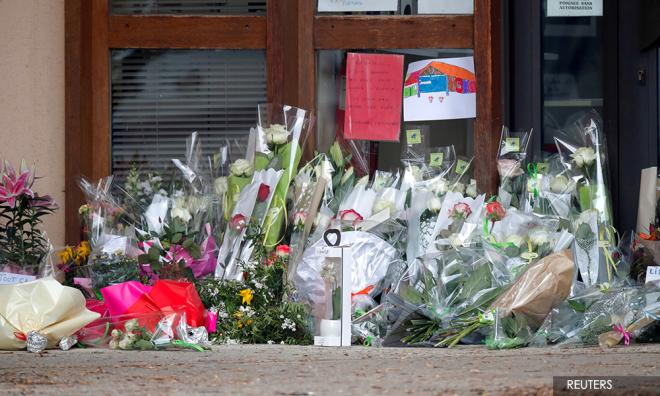 Teenager asked pupils to identify French teacher before beheading him

The teenager who beheaded a teacher outside the school in a Paris suburb where he taught had approached pupils in the street and asked them to point out his victim, anti-terrorism prosecutor Jean-Francois Ricard said on Saturday.

Police shot dead the 18-year-old attacker, who was born in Russia, minutes after he murdered 47-year-old history teacher Samuel Paty in broad daylight in Conflans-Sainte-Honorine on Friday.