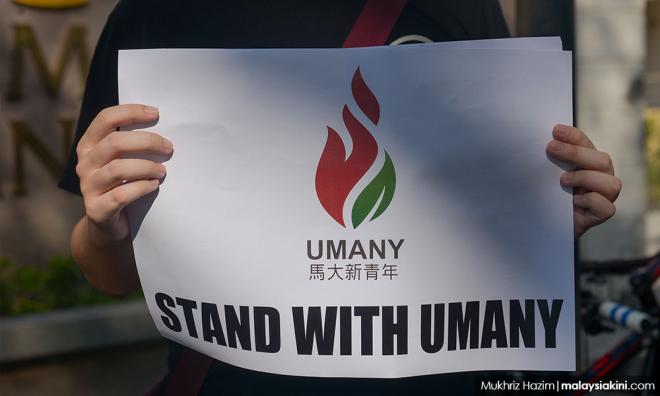 LETTER | Umany issue: Threats have no place in civilised society

Threats of this nature – and those making these threats – have no place in a civilised society.

Unfortunately, they have become commonplace in Malaysia and often little seems to be done by the authorities to stop them and to charge or, better, to educate these groups and individuals.

This inaction or slowness in acting by the authorities must change. Threats of violence against law-abiding citizens must be investigated quickly and resolved effectively.

This time around, the threats followed police investigations of a Facebook posting by Umany on the Yang di-Pertuan Agong and Malaysian politics.

The Umany members had every right as citizens to voice their concern and many of us believe they insulted no one, and certainly were not seditious. But the authorities were nonetheless swift in moving against them.

Gerak believes that the police investigation was uncalled for, akin to using a sledgehammer to strike down a fly.

It is sad and duplicitous that, on the one hand, we urge our students to be questioning and critical, yet when they are, as in the case of the post by Umany, we detain, interrogate and intimidate them.

In any case, Umany has since then taken down the post and apologised.

Now they are being threatened with death and personal injury. These threats of violence must be roundly condemned, investigated, and nipped in the bud. Just as the authorities were quick to detain and question the students, so must they now move just as quickly against those making these threats.

Sadly, often these threats are racially motivated and reflect blind hatred, without there being any understanding of what the actual issues are about.

Gerak believes that this blind hatred, reinforced by self-serving politicians and others who should know better, must be strongly countered by everyone concerned, certainly by the authorities and those of influence at every level of Malaysian society.

The above is issued by the Malaysian Academic Movement (Gerak) chair.

The views expressed here are those of the author/contributor and do not necessarily represent the views of Malaysiakini.